Was RAGT 2016 fun or what? Thank you to all the readers, bloggers and friends who stopped by to say Hi, Howdy on Friday night, June 10. Lori Foster's Reader Author Get Together brings 400 readers with 80 authors for games, giveaways and friendship. And a big thank you to Mandy Marshall for her beautiful gift of a personalized goblet. The glass has Harper Kirkpatrick in her Catwoman suit, along with a quote from Finding Southern Comfort. Has a place of honor in my office! The three days were busy and raised $21,000 for One Way Farm.
Photos from RAGT 2015 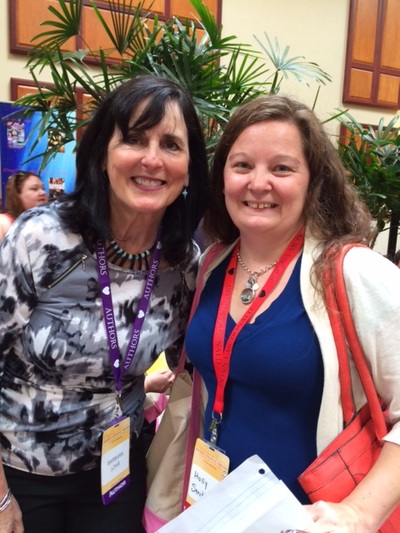 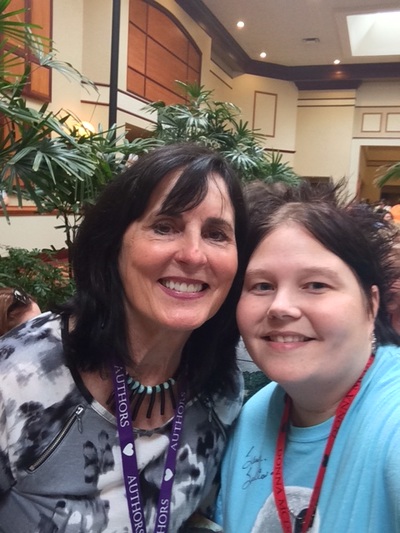 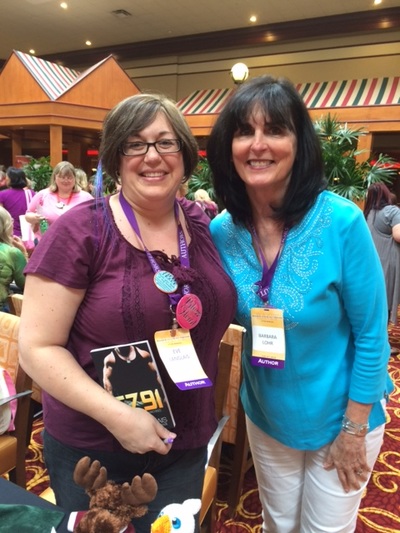 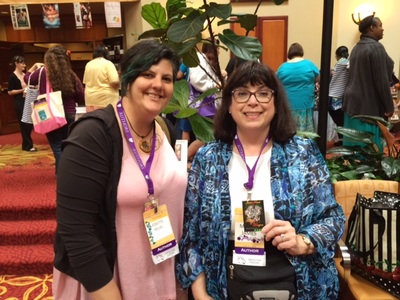 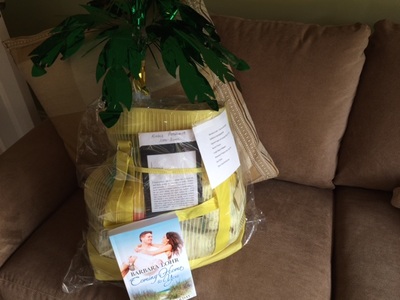 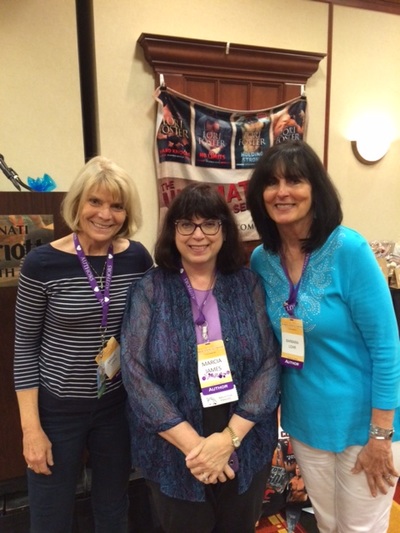 What a great time we all had a great time the weekend of June 5th at the Reader Author Get Together at the Marriott in Westchester, Ohio. Because it's so darn much fun, this year the event sold out in a matter of days. Over four hundred readers joined one hundred authors for good food, games and, of course, book signings. The event is a terrific way for friends and family to gather to enjoy books, authors and each other. This was the eleventh year for the annual event sponsored by Lori Foster, bestselling author.  Twenty-one thousand dollars was raised to benefit One Way Farm of Butler County. 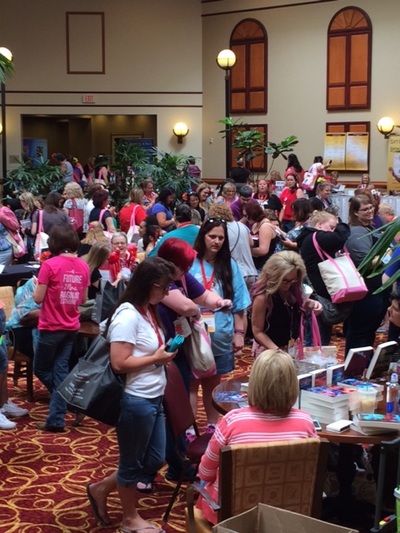 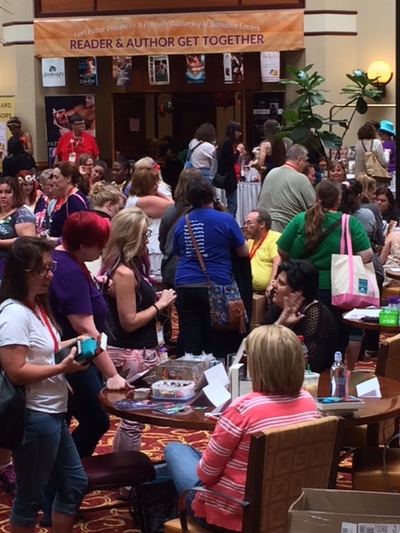 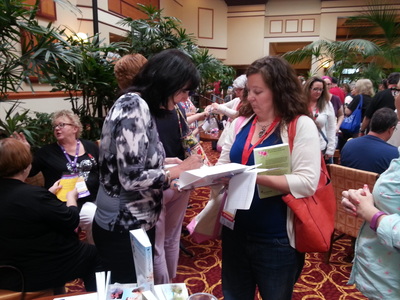 (And by the time you read this, it may be old news...but still good!) May brought spring flowers and wonderful news! Her Favorite Mistake, contemporary romance, won first place in the 2013 Cleveland Rocks competition. The national writing contest is sponsored by Northeast Ohio Romance Writers of America. The novel placed first in the Contemporary Series category. Judges for the competition included published authors and PRO members, as well as a national editor for the final round. One judge said of seriously hot hero Alex Compton, “I can feel his heart.” Nessie Randall, the heroine who ends up being mentored by
Nick, can feel his heart…but can she trust it?

In Favorite Mistake Alex unknowingly mentors the mother of his little boy. Nessie knows The Internet maverick only as the Hunkie Hottie from Vegas when they meet again. Can she trust him with her business and her heart? As they work together, Nessie learns that Nick would be a great dad. After all, he has a lot of fatherly skills. Turns out he's also good at winning her love.

RWA competitions pull from a national pool of writers and are judged by both published and unpublished authors before going to final rounds with editors.

May, 2012 -  Touch of Magic, the yearly competition sponsored by the Central Florida Writers, a chapter of Romance Writers of America, has announced that His Prized Possession has finaled in their yearly Touch of Magic competition. Entries are judged by other authors published in the romance genre, as well as writers who have ranked in other competitions. Final entries were judged by professional editors. The competition draws entries nationwide.

In Prized Possession, socialite Grace Kingsley turns the tables on Carter Griffin, a rakish Internet mogul from the wrong side of the tracks. He wants her family name; she wants a baby…and his turn-around acumen for her struggling family company. Following their marriage of convenience, Carter begins to woo his wife. “Dialogue is great,” said one judge. “With super sexy verbal sparring.” Another judge commented on the “great voice for contemporary romance.”

November, 2012 - In November MRA, the Maryland Romance Writers of America chapter, announced the finalists in the Release Your Inner Vixen contest. Dating Dr. By-the-Book (Note: published in 2014 as "Her Favorite Hot Doc") was named a finalist in the Contemporary Series category. Midwife McKenna Kirkpatrick is the vixen in Dating Dr. By-the-Book, and Dr. Logan Sinclair is the OB doc she recruits to join their yearly mission in Guatemala. Although they don’t see eye to eye, their chemistry is undeniable.  The contest is a national competition.