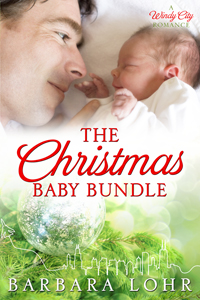 Having a baby doesn’t always come easy, at least not for Amanda and Connor Kirkpatrick. For five years they’ve worked at starting their family. Timed lovemaking and failed fertility treatments drain the romance from their marriage. Then Connor’s sister McKenna, a Chicago midwife, links them up with Angie from her natural childbirth class. Young and unmarried, Angie is looking for a home for her baby, due shortly after Christmas. At the same time, the couple begins working with Dr. Logan Castle on a new in vitro technique.

But Amanda is afraid to hope her dream might finally come true, irritating the heck out of Connor. They’re at odds when heavy snow almost cancels the baby shower organized by the Kirkpatrick clan. Amanda’s parents haven’t even responded to the invitation. Have they given up hope as well? As Amanda and Connor teeter on the brink of Christmas hope, life bestows a surprise that could bring everything back into focus. The Christmas Baby Bundle is a heartwarming holiday novella, which became an Amazon bestseller when it was released in the fall of 2014. Amazon: http://amzn.to/1xIhvF8 , iTunes: http://bit.ly/1xfEPuX , Nook: http://bit.ly/1umonH5 , Kobo: http://bit.ly/1xxsP9J 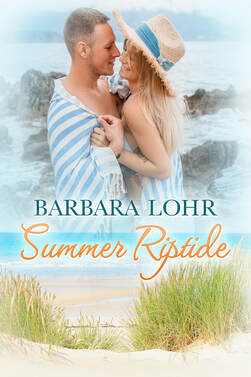 She comes home to forget…until he helps her remember. Beach picnics, lake sunsets and skinny dipping in the moonlight help Mandy and Kevin heal the memories of divorce and war. A lot has changed when Mandy Klavis is called back to Sandy Shores by a family emergency. Voted the girl most likely to succeed, she’s discovered marriage and a city career didn’t deliver. Duty calls her home. Kevin Corbin, her high school boyfriend, knows all about responsibility. When he stops in her family bakery for a raspberry kolache, unsettling memories come flooding back.

Following three tours in Iraq and Afghanistan, the star quarterback now struggles with Post Traumatic Stress Disorder. Instead of a wife, he has a one-eyed dog named Rufus. But Kevin’s still smoking hot -- a good-hearted man with a sweet smile. Together they explore summer in Sandy Shores, the way it used to be. The lake provides carefree refuge but a hidden danger could end their dreams. A beach read that brings summer love roaring back, available on  Amazon .,. 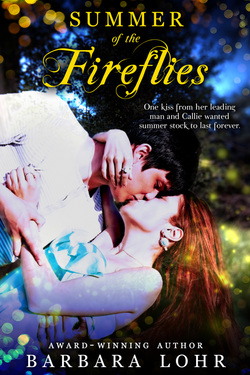 Summer stock at Enchanted Hills Playhouse promises magic for newbie Callie Ramsey. She dreams of a Tony Award, not an internship at her father’s firm. Enchanted Hills is her one chance to prove herself. One rehearsal and a water skiing lesson later, her dreams include Trey McCall. The troupe’s leading man dances into her heart with sexy blue eyes and hand-tooled boots. Callie can almost forget Olivia, the self-absorbed leading lady and Callie’s irritating roommate, who plays opposite Trey in every production. Fate takes a hand and Callie steps up to the footlights with Trey, but on a personal level can Callie handle his troubled past? As summer and the theater schedule plays out, so does their romance. But Callie wants to be more than a summer hookup, more enduing than the fireflies that flicker for one season on Glimmer Glass Lake. “Summer of the Fireflies” available on Amazon.

Short stories remain close to Barbara's heart. Before turning to novels, she'd had over two hundred short stories published. They deliver the same fun, sassy stories found in her books. Below are some of the most recent.